Sodus Bay is located along Lake Ontario.   We began our tournament at 6 AM and fished for 7  hrs.. 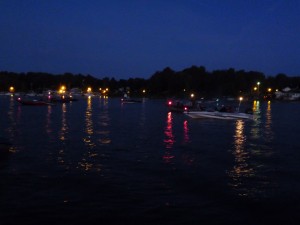 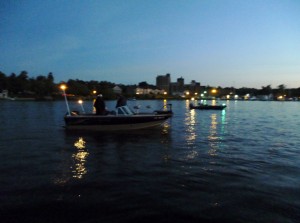 The sun begins to rise, boats lining up for blast off

Weather:  Air temp. started at 50 deg. with a slight wind out of the NE., skies were a little cloudy.  A recent cold front had passed through two days prior.  At 1 PM, air temp. was a mild 73 deg., sunny with small amount of clouds.

Water:  Water surface temp. 75 deg. calm water, the wind did pick up during the day a little adding to a slight chop to the water. 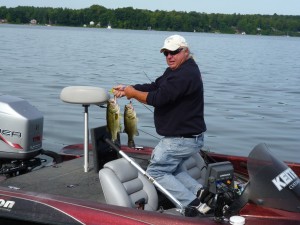 Tom Zedick showing off a couple of nice bass that he caught. At the end of the tournament weigh in, these fish will be released back into the waters of Sodus Bay to be caught another day. 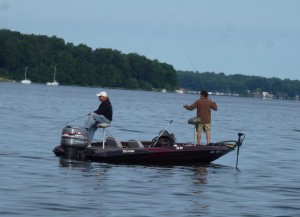 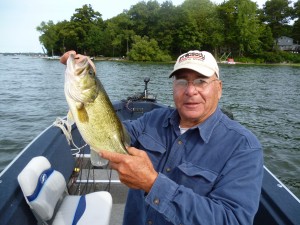 Tom Hudson with a large mouth bass that he caught

At 1 PM we met back at the launch and after retrieving out boats began the weigh in. 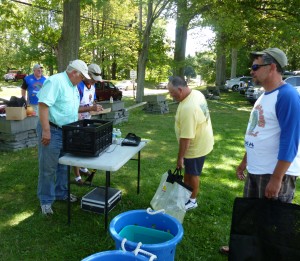 The weigh in committee (Fred Blom and Jack Wilson II) begin the weigh in. Joe Valerio is having his fish weighed. John Woods is waiting his turn

After the fish are weighed, they are taken back to the water and released alive back into the waters of Sodus Bay.  The winners are: 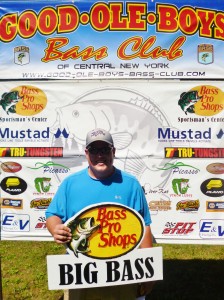 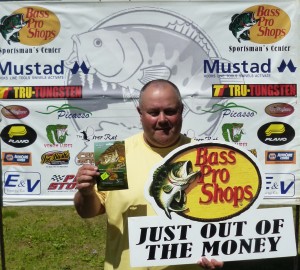 Just out of the money, sponsored by Bass Pro Shops of Auburn 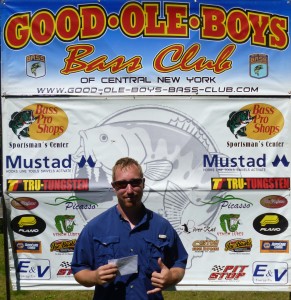 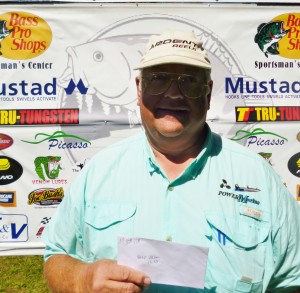 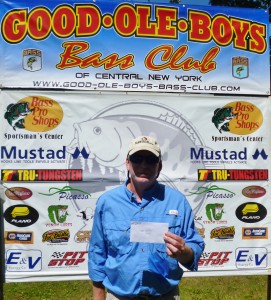 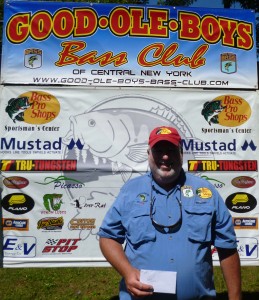 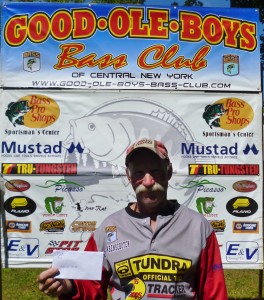 So you might ask how did Ron V. do it?  Ron states that he used a blue june bug senko in the weeds to catch his bag of 5 fish.  Next time you are at Bass Pro Shops of Auburn ask Ron how he did it, after all he works in their fishing dept..