Located along Lake Ontario, North of Wolcott, NY we began our tournament at 6 AM and fished for 7 hrs.. 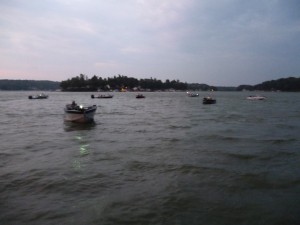 Boats are launched just before 6 AM

Water surface temp. 79 deg. F. with 6 – 12 inch waves.  This combined with the wind made boat handling in some areas difficult. 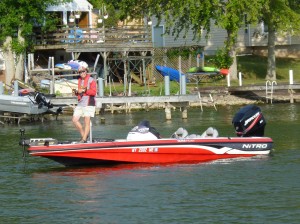 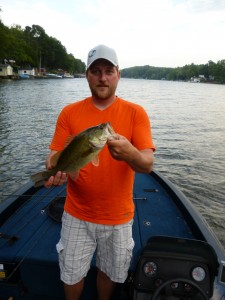 T.J. Church with a nice large mouth bass. T.J. was able to cull this fish for a larger one later on 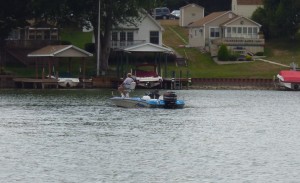 Dave Donhauser working one of the quieter bays of water 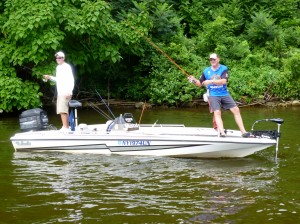 Kevin Schneider and Tom Church tucked in out of the wind

At 1 PM with the weather beginning to change toward rain and the wind picking up we returned to the launch site to begin the weigh in. 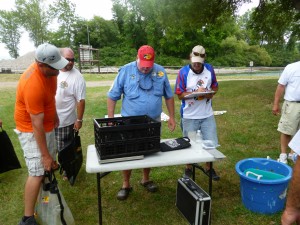 The weigh in begins 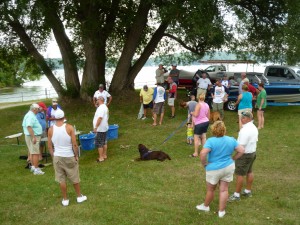 Anglers, spouses, friends and by-passers watching the weigh in

All the fish that are brought to the weigh in station are kept in water until they are weighed.  After the are weighed, they go back directly into the bay so others may enjoy catching them at a later date. 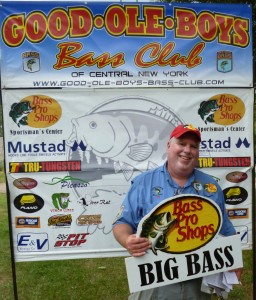 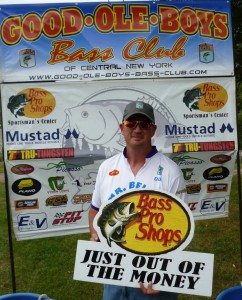 Just out of the money, Sponsored by Bass Pro Shops of Auburn, NY 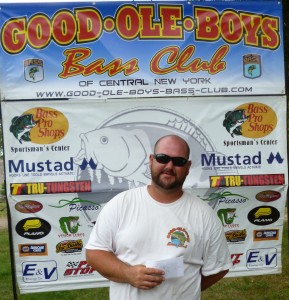 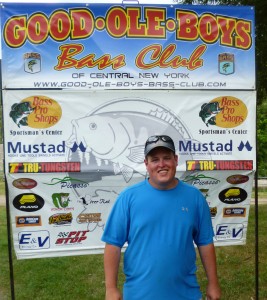 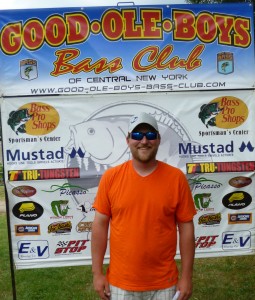 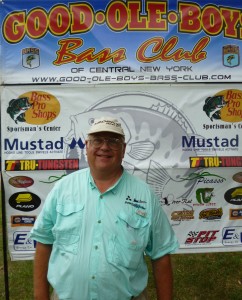 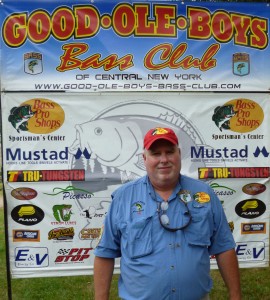 How did Bill Kays get his Big Bass and also end up in 1st place you might ask? 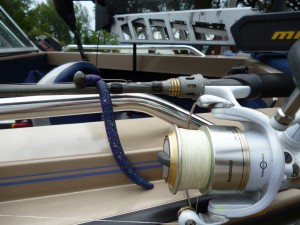 Bill used this simple jig and worm set up on a spin casting rod and reel.  He would then cast this combo up under the docks along the bay, thus getting his big bag of 16.96 lbs of fish.  He purchased these items at Bass Pro Shop of Auburn, NY

Sometimes there is more to life than winning 1 – 6th place in a tournament.  There is such a thing as personal triumph and this next picture is that. 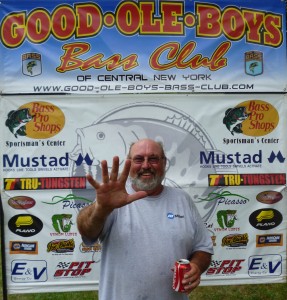