Big Bay Marina (located on the North West corner of the lake) donated a slip and electricity for the boat that was being used to pull weeds.

Water Chestnuts are an invasive species of plant that crowd out other native plants, can choke out waterways.  This making boating and fishing difficult. 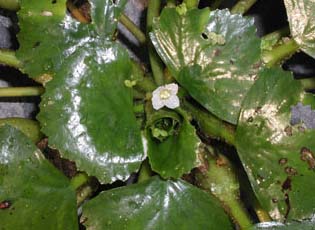 This invasive plant grows quickly in slow moving waterways.  One acre of water chestnuts can produce one hundred more acres of the plant in the following year.  The seeds of the plant are equipped with four ½ inch spines, capable of penetrating shoe leather if stepped on.  The plant, if allowed to grow and spread, chokes off waterways which makes navigation impossible and also impacts wildlife.  Rotting vegetation can also reduce the amount of oxygen in the water.  The only way to eradicate the water chestnut is either by applying a herbicide or by manually pulling the plant before the seeds develop in July or August. 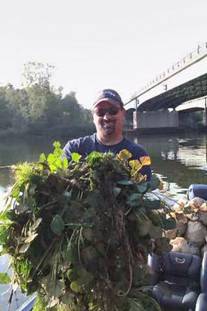 Mike Cusano with some of the water chestnuts that were harvested. 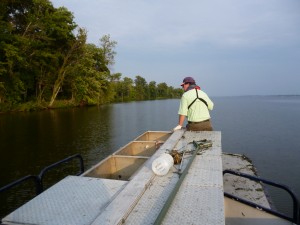 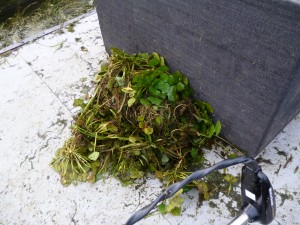 Some of the water chestnuts that were pulled 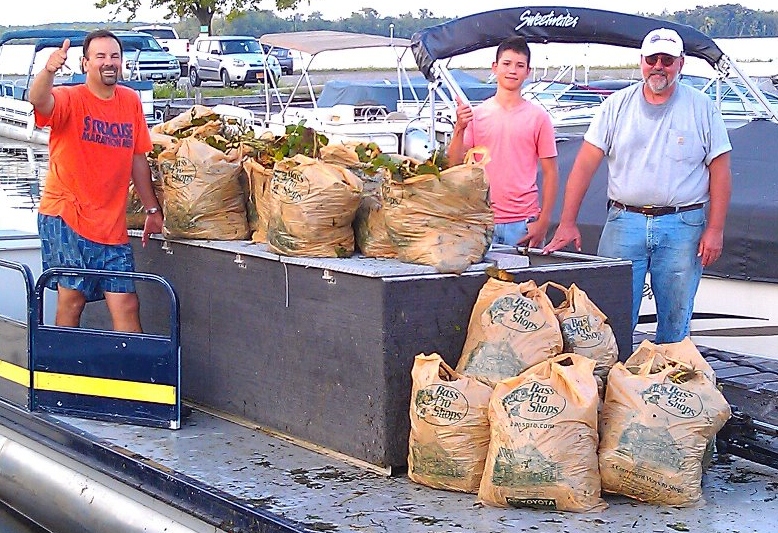 A successful outing with many bags of water chestnuts harvested.

The weeds are then transported by truck to a farmers field to be plowed under at a later date.  Several goals are accomplished:

1) The water chestnuts are removed, without the use of chemicals.

2) The spread of this invasive species is either stopped or slowed down.

3) The weed that is removed is plowed under and helps fertilizer the field to grow food for people.

A special thanks to: Big Bay Marina, for allowing us to use their facilities.